How to use the "Car Explorer" feature

This guide will give an overview of the new car explorer feature, which is a way to discover the available PID’s in your car, both hidden and public/default OBD-II and sharing them with the community.
(In turn it will also include various raw CAN messages)

We will go over the following topics in this guide.

How and when the device reports the supported PID’s

When the device connects to the server, it will check the following

How to find (and use) the PID’s

You can also browse the community library, where all PID’s are available and searchable.
The filters will default to the model, make and year of the vehicle configured on your active device.
The PID’s that are shown here are all the PID’s that are reported as supported by the makes and models of the AutoPi users.
Please note that the number of PID’s visible here will go up once devices are updated and reports the supported PID’s or if people create and share proprietary PID’s.

If you change the filter to only include the type “Proprietary”, it will only show the PID’s that are created by other AutoPi users, and who has chosen to share it with the community.
In time these proprietary PID’s are very likely where you will find the most interesting PID’s for your vehicle.

How to add a PID to your library

When you find a PID you’d like to try, you can view it, and in the right side, there is a preview of the command needed to execute the PID on your car. But the PID may be associated to a specific bus that your car does not have, so unless you are filtering on your specific car make and model, it will most likely not work, at least not without some fiddling.

Clicking the Add to library button, the PID will be associated to the bus on your active vehicle. If no bus exists that matches the bus info in the selected PID, it will be created.
As mentioned above, unless you filter on your specific make and model, even if the PID is actually supported by your vehicle, you may need to do some fiddling before it will work, which can be done by running the PID directly in the terminal (Keep in mind that the engine may need to be running for it to respond to PID’s).

Now the PID should be available in My Library.

After adding the PID, it is available in the Logging section, so you can now set up a logger that runs every N interval, and logs data by executing a specific PID.

To create a new PID, click the “Create” button in “My Library”.

You will now need to fill out the following fields.

Name
A slug with the name of your PID - it must be unique as it is used by the device when sending the logged value to the cloud (if used in a logger).

Description
If you want to share the PID, a proper description is really nice, and if not, it’s still very useful to describe or maybe add a link to where the PID originates from.

Mode and Code
These two values together is a PID.

Header
The default 7DF value means a Request message. The default should be used unless you need another for some proprietary magic

Bytes
This is the expected length of the response.

Formula
The formula is executed on the device, and takes a byte array from one or more response messages, and translates it to the actual value, like temperature, speed etc.

You may notice that none of the standard PID’s has a formula specified. This is because all the default PID’s are identified by their name, and the code that translates the byte response to a value, is already embedded in the library (py-obd) we use for communicating with the car.
This is only the case for the standard PIDS.

The formula is plain python with some added helper functions:

NOTE: Remember to use the data attribute on the message object
The above example is the short “formula” way to write the following decoder function
You can also find more examples in the above link.

Hint
For prototyping, you can execute the PID on your device by using the terminal, then copy the byte response into a python terminal, insert the above helper functions, to be able to test the parsing directly in the terminal.

Unit, Min and Max
Select a unit that matches your data, or write your own.
Like the name, this unit is used when the device stores the response value of the PID, for easier parsing and displaying of the value in the dashboard widgets.
Min and max are also used when storing and displaying the data.

Bus
To use a PID, you need to associate it to one of the busses on your vehicle, it may be as simple as associating it to the auto detected one, but you may also want to create a custom one. This can be done in the settings > Garage - You don’t have to associate the PID with a bus straight away.

Now click save, and you new PID is created, and can be found in My Library.
If you want to share the PID, it needs to be associated to at least one bus, when you have done that, and saved the PID, you can now click the Share with community, after which the PID will be discoverable in the Community Library, and other users can find it. You can also verify that it looks correct, and has the right make and model by searching for the PID.

Troubleshooting if no PID’s are visible

If you PID’s are listed in my library, check the following things.

Let us know if you experience any issues, or if you have suggestions.
We heavily rely on the feedback from you guys!

Many thanks for the update

I’ve tried using this to get my Kona state of charge.

I figured the request header in this case is 7E4 (response is 7EC) and I think the offset is 26 bytes ( in torque pro counting, or perhaps its 32 ), so the GUI gives me a command of -

Indeed, I found I got the same error without the foruma -

Have I misunderstood something ? What does this error message mean ?

As a temporary workaround can you try to quote the header value like so:

There sometimes seem to be a bug when parsing this value unquoted. This will be fixed in the next release.

Thanks that helped. I now see -

but when I apply a formula I get -

Any ideas what I can use to extract a single int ?

Ah. I tried adding the byes ( presumably there is a default for bytes ) -

So I have the data !

Next question, how do I see this on the dashboard ? I was expecting to see SOC_Display on the list of fields but I don’t see it.

You are absolutely correct, the code i posted is missing the .data attribute - it has been fixed in the guide now.

Regarding the missing fields in the widgets, I have not looked into the data yet, but at the moment, you are unable to do all this in “one sitting”, this is because to create the widget, it needs to have the data in our storage system, so you’d have to configure the logger, and then wait the data to be logged, and then create the widget.

Ok. But do we need converter or logger don’t need it ?
It is for SoC
Thanks

I can’t save mod on formula ‘7E4’ but also I cannot found data , any workaround about it ? also missing attribute can not permit to use widgets … please resolve in few time not month !

You are absolutely correct, the code i posted is missing the .data attribute - it has been fixed in the guide now.

Well, I’ve added some custom PID’s ( which seem to work when testing ), added a logger and did some test drives. New PID didn’t show up on the dashboard 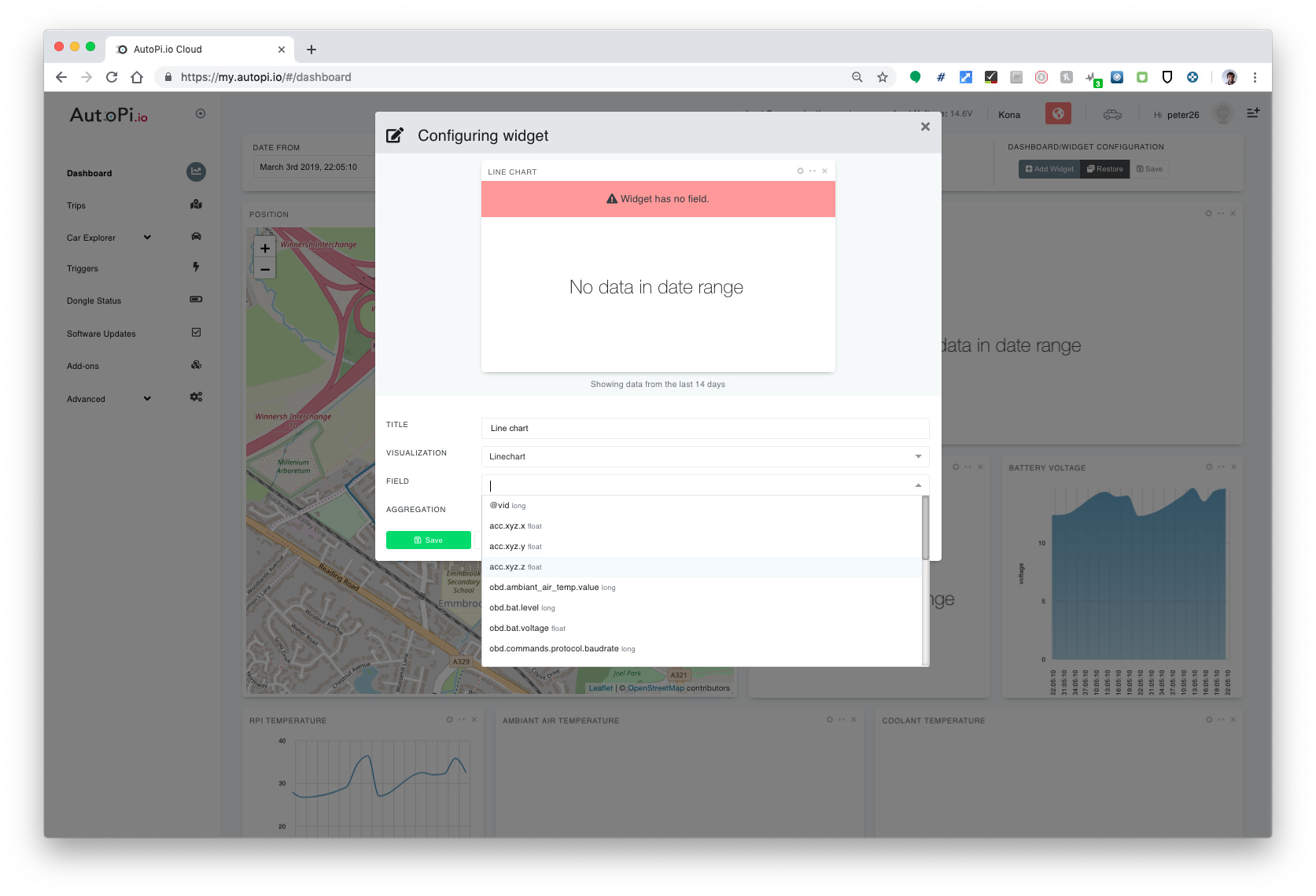 I can’t save mod on formula ‘7E4’ but also I cannot found data , any workaround about it ? also missing attribute can not permit to use widgets … please resolve in few time not month !

I found the car needs to be on to display SOH and SOC … maybe thats it.

I use wake up method every 3 min , therefore data can be done only when is active, I think , when is offline … reply timeout …

I use wake up method every 3 min , therefore data can be done only when is active, I think , when is offline … reply timeout …

In the Kona, I’m seeing that the battery info from OBD port is only available when the car is either ready to drive or plugged in and charging. So unless one of these is true, autopi can’t return any battery data.

Ook now this clear my mind , today i test it, therefore is useful if we can aoutonomus or with aoutopi dev a specific widget or logger.

Is a solution ?
I think as if ll come ! “no value data” change else last

Hi, thanks for the update.

It looks like you support only PID which are manually requested. However, on my Renault Zoe, the PID I need is broadcasted regularly by the car. The obd.dump shows some lines with PID 42e which contains the SOC of the car.

In this case, could you clarify how to fill your new “Create new PID” UI?
Best

Still no fields for the dashboard

I have several PID’s now, for example - 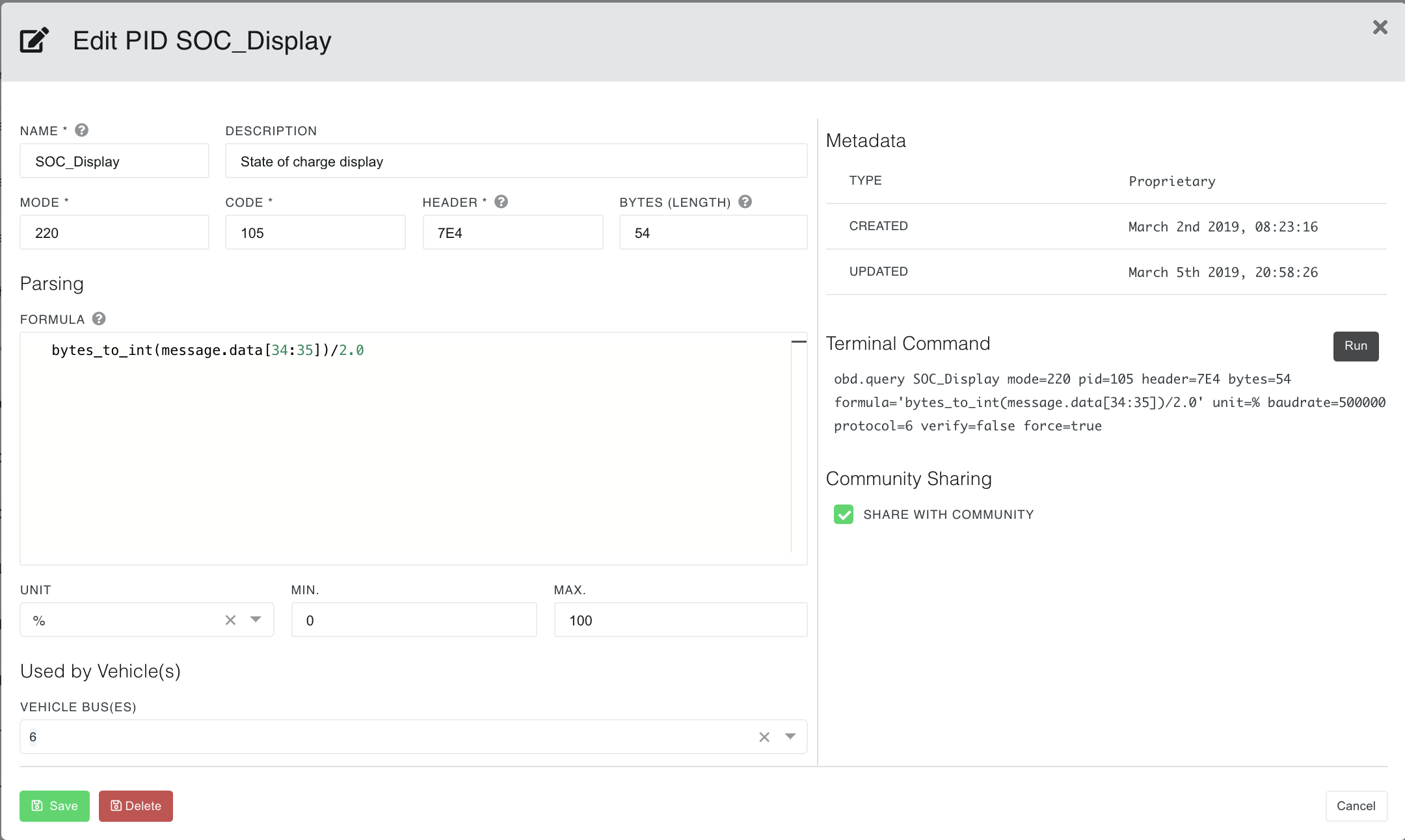 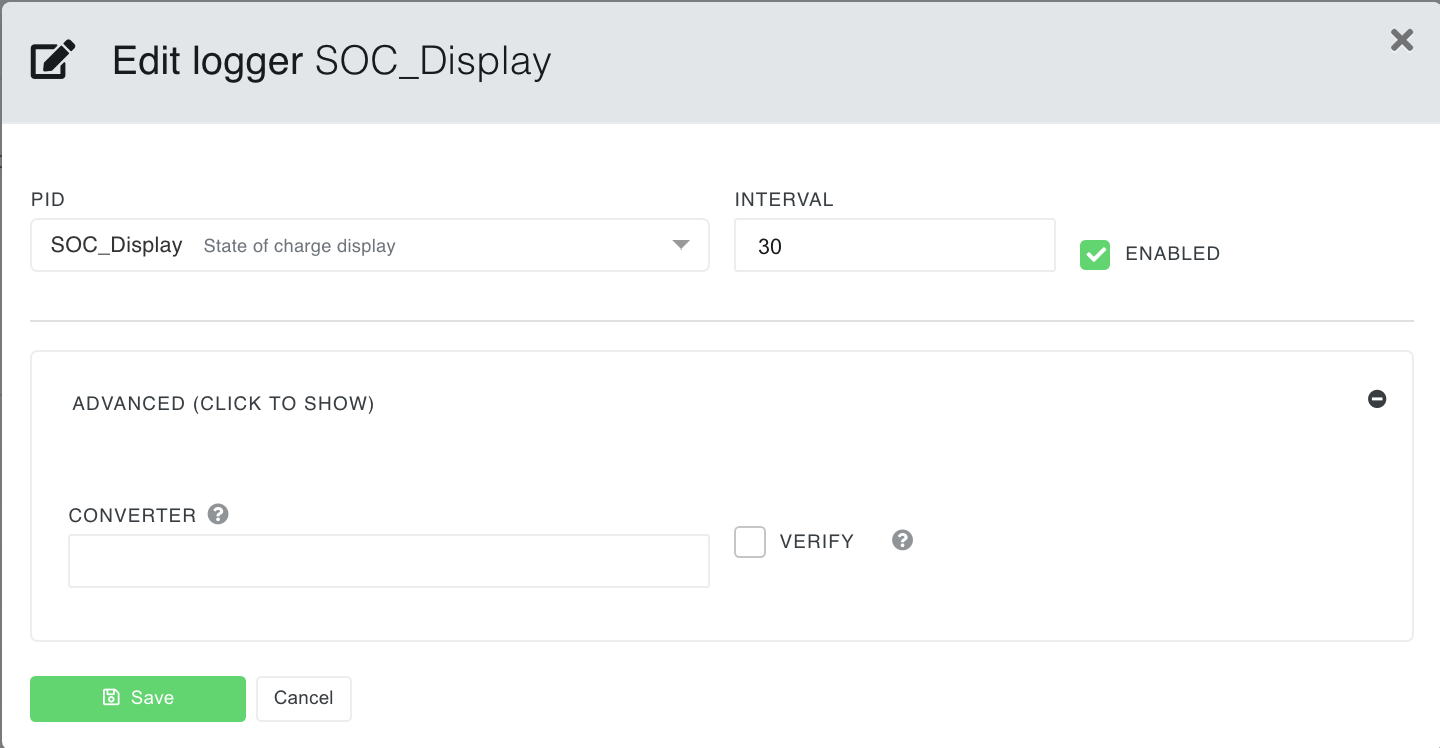 I’ve done a few test trips in the car, and data is getting back to the cloud - 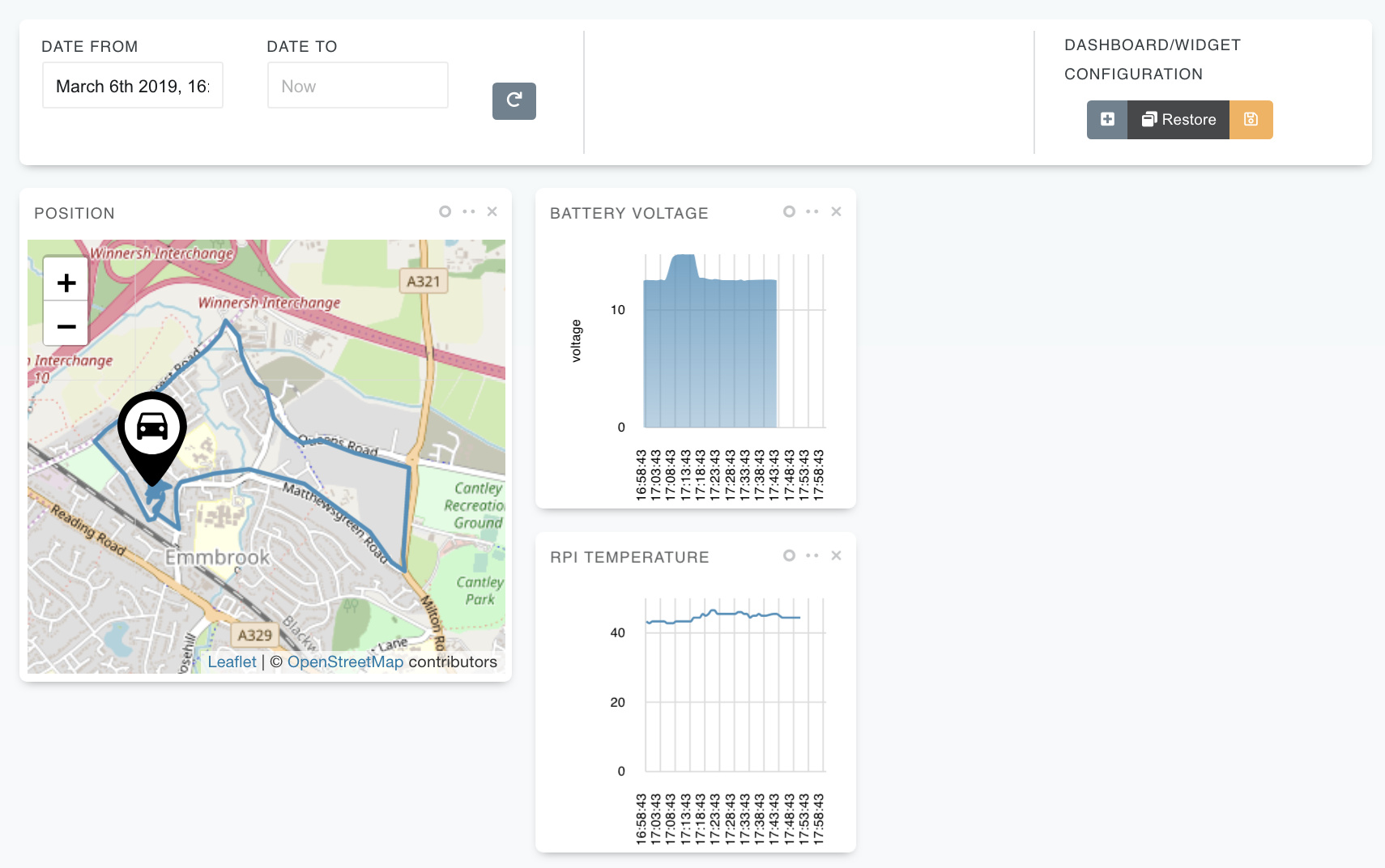 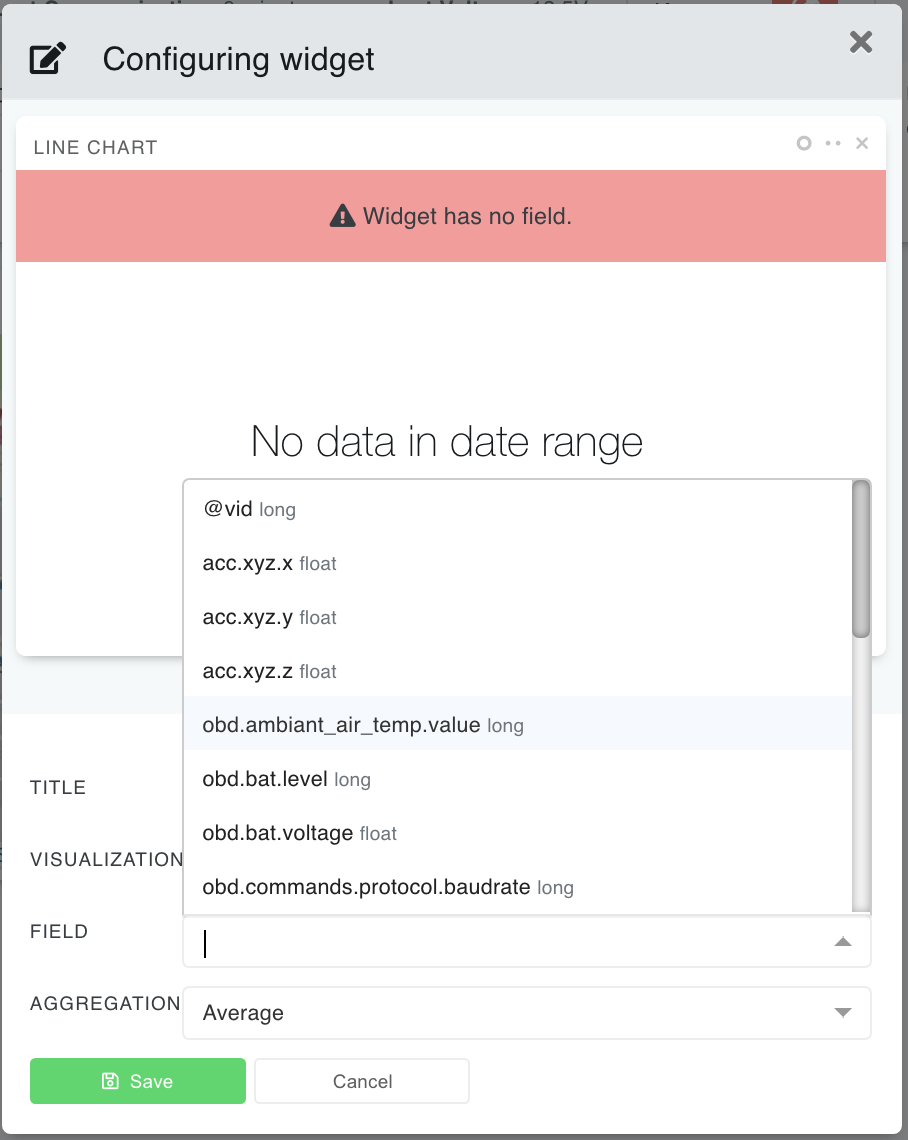 Anything I can check locally ?

I think with no brackets log not work , not work no data , no data not showed , I understand this from @Malte previous reply