I had some feedback about the UI, in this tutorial you: 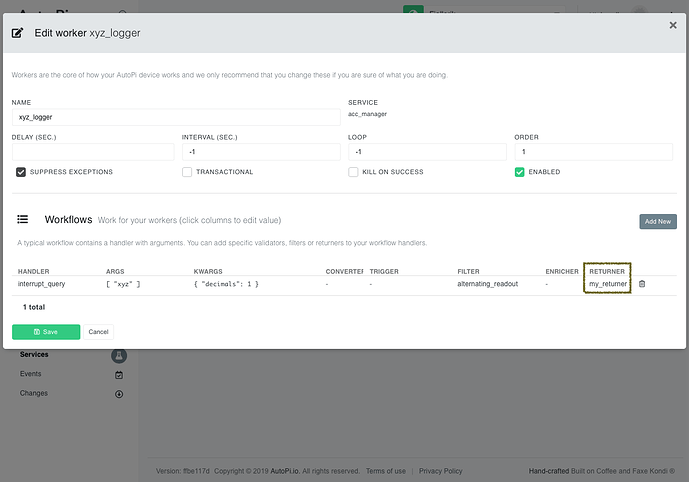 My guess is that the workflow column should be renamed hook, that’s what the code treats it as, and (I guess in the tutorial) . If the screenshots were re-done I would also use two distinct names. When I was ready to move on my own, from the tutorial I started renaming things and forget about the “hook” part and it took me 2 hours to figure out why things were broken, and even now I still can’t get things to full work if everything isn’t named “my_returner”.

This topic was automatically closed 41 days after the last reply. New replies are no longer allowed.